Anthony Rogers vs. Ijaz Ahmad: Trinity in the Old Testament?

TOPIC: “Does the Old Testament teach that the Angel of the Lord is a distinct divine person in the Godhead?” Get the facts as Anthony Rogers (Christian) squares off against Ijaz Ahmad (Muslim).

For more from Anthony Rogers, visit his page at Answering Islam: 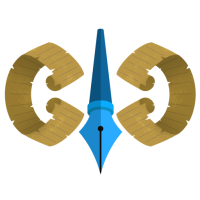 It’s always the same with Muslim apoligists, you make a case then they answer none of it, danse around the points and act like you presented no information.
In his intro Anthony clearly explained that yes a messenger can talk as if he was the person who gave him the message but the messenger is supposed to say who’s message and speach he’s carrying. Then Ijaz comes in and say exactly the same thing but disregards the point anthony made about it.

It’s hard to listen to ijaz his not the sharpest tool in the shed. Maybe he should stick to speakers corner

This Muslim is clueless he got bbQ

I can’t listen to Muslins argument

The error of Muhammad has been repeated throughout ages.

its funny how muslims cant understand simple logic, Sectary of a CEO is not CEO, Likewise Father is not the Son. BUT in essence, CEO and sectary of CEO both are equally Human, Likewise Father and Son both in Essence = GOD. just like CEO and Sectary in essence = Human. I dont mind muslims dont want to believe what christianity teach, But there is no excuse for not Understanding the the Christian doctrine of Trinity. God is 1 in being and 3 in persons.

That poor pathetic stone worshiper was too ignorant for a formal debate.

That was a pathetically convoluted amount of cognitive dissonance from ijaz ahmad. Poor little doxer.

Guys I cant believe this video only has 6.2k views maybe this is how david woods channel improved gradually.

This Ijaz has no sense of reasoning. God is not one-dimensional. A man cannot be a messenger of himself but God, being triune in nature, one manifestation of God can be the messenger of the Godhead.