The BBC recently broadcasted a documentary titled “Undercover with the Clerics: Iraq’s Secret Sex Trade.” The program focused on Iraqi religious leaders who are turning young Muslim women and girls into prostitutes, convincing them to practice “nikah mut’ah” (pleasure marriage or temporary marriage). Shockingly, British Muslims posted a change.org petition demanding that the BBC remove the documentary, claiming that it is disrespectful to Shia Muslims and that it will spread Islamophobia. Should the BBC comply? David Wood discusses the issue.

This powerful investigation into Shia clerics in some of Iraq's holiest shrines uncovers a network of exploitation of young women and girls, trapped into prostitution and pimped out by a religious elite. Unprecedented undercover filming and victim... 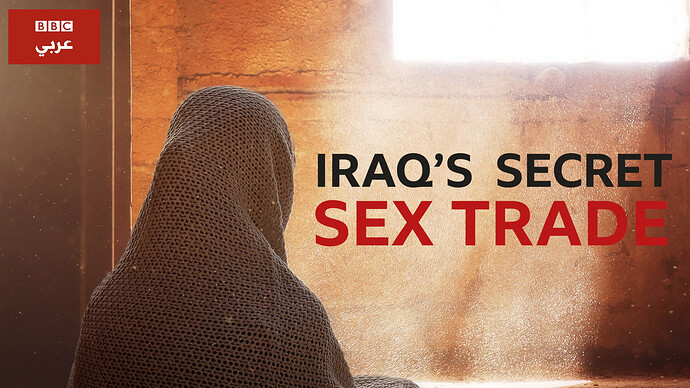 This powerful investigation into Shia clerics in some of Iraq's holiest shrines uncovers a network of exploitation of young women and girls, trapped into prostitution and pimped out by a religious elite. For the first time the clerics' secret sex...

I just watched this documentary and it enforces my stance that this religion is sexually deviant. It’s so weird.

I hope BBC did not remove it.

I am watching this video in 2022 David. I checked the link that you have left and it seems bbc finally caved to the threats of followers of religions of peace and took down the video. disgusting

Even muslim girls are not left alone, In India muslim girl wanted the “3 words” divorces out of India. This muslim girl was saying she gets married and divorce like an object. Passed around. So the Indian government made it illegal to do that.

I remember when I readed in some anti-islam site, and was angered and shocked, I speaked for muself - “its not true, its mistake, its bullshit, its all are enemies of islam”
Actually because in my country islam is just making namaz and ruza
People who hate us (apostates like me now) didn’t realize WHAT is islam, they didn’t know about western life, European culture, history, biology, astronomy, SCIENCE!
THEY LIVE LIKE A FCKING SLAVES!
this fact are shocking them like a thunderbolt
We cant make human from muslim
But we can make apostate from human in islam
All smart muslims already leaved islam

The sleazy, stinking underbelly of Islam……total submission and full blown, unchecked sex sins….all in the name of the small p prophet…conducted by the cleric ‘leadership’……the hypocrisy of the BBC is astounding.

THANK GOD I was not born in a Muslim majority country, can’t imagine what those poor little girls and women must be feeling

For now, the number of cases, the number of girls harassed in Piazza Duomo on New Year’s Eve, has risen to nine. For now, the suspects for those barbaric violence, the result of a culture that theorizes sexual incursions against women, are twelve. All pretty young guys. Ages range from fifteen to twenty-one

All (without exception!) Are foreigners or Italians of North African origin. Which doesn’t change the gist. Because, just like in Cologne in 2016, they carried out a ritual “punitive expedition”, the taharrush gamea (literally from the Arabic "attacking and harassing women in the street

which years ago began to be practiced in Egypt to coincide with the festival of Id al-fitr. Yet, despite all this, don’t expect to see progressives, feminists and immigration ultras denounce impossible (or at least missed) integration as the hours go by or even kneel for the victims.

It’s a real cliché. From Pamela Mastropietro, the 19 year old from Macerata killed, mutilated, stuffed into a suitcase and thrown on the side of a road, to Desirée Mariottini, the sixteen year old killed in an abandoned building in the San Lorenzo district in Rome. From Saman Abbas, the 18-year-old who disappeared in Novellara last year and never found again, to the brutal harassment of the last year in Milan.

As the onion gets peeled back, it’s just gets worse.

The Devil is in the details of Islam.

Thanks Mr David wood. Islam ways of behaviour need to be stopp.evil behaviour

Mutah is just another aspect of the multiple evils of Islam.

And in Sahih Muslim, the Prophet (Allah bless him and give him peace) is recorded to have said, “…Allah has forbidden it [temporary marriage] until the Day of Judgement.”

This man is the vessel of angel michael.

“David your tax will increase to 40%, and will be given to Islamic Community.”
-Federal Reserve.