On October 10th, 2016, David Wood (Christian) debated Michael Shermer (Atheist) on the topic “Does God Exist?” The debate was sponsored by Ratio Christi. In the course of the debate, Wood and Shermer discussed the Scientific Revolution, design arguments, cosmological arguments, moral arguments, the problem of evil, skepticism, and methodology.

For more by Michael Shermer, visit his site: 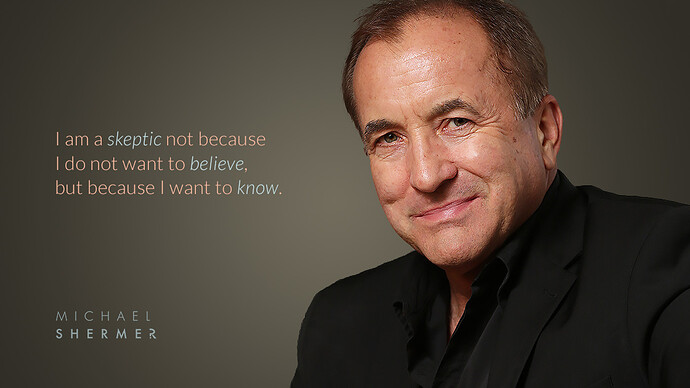 Dr. Michael Shermer is the Founding Publisher of Skeptic magazine, the host of the Science Salon Podcast, and a Presidential Fellow at Chapman University where he teaches Skepticism 101. For 18 years he was a monthly columnist for Scientific...

For more by David Wood, visit his site:
http://www.acts17.net

I like David, and Shermer…both are honest…I agree with David though…more convincing presentation

After hearing the hammer story, who wants to debate with David?

It’s weird these ex-christians who converted to Atheism and apparently were pastors and apparently went door to door, clearly didn’t make an effort to understand Christianity on even a basic level. His open statements show this. Sort of pathetic and shows how important study is.

At the beginning of the debate David talks about The Scientific Hypothesis, its three postulates being:
(1) The universe is knowable
(2) We can know it
(3) It’s good for us to know it.

He says this flows directly from Christian theology/teaching/beliefs, and that an atheist before the scientific revolution would never have agreed with those three postulates, because an atheist would never believe the universe follows rules and laws that are rational and can be discovered and known. Therefore every time a scientific hypothesis is tested and proved or refuted, the Scientific Hypothesis, and therefore theism is proved and atheism is disproved.

But it seems to me that when scientific hypotheses are tested, only the first two postulates of The Scientific Hypothesis are being confirmed, i.e that the universe is knowable and that we can know it. But how would we be confirming that it’s good to know it? At another point David says that without a God, good and bad are just relative terms, that no objective good or bad can exist without God. So don’t you have to assume a priori that God exists in order to say that The Scientific Hypothesis is confirmed when we test scientific hypotheses? Isn’t it therefore circular reasoning to use this argument to confirm that theism has scientific backing? It seems to me you can’t conclude it’s good for us to know the universe unless you assume before hand that God exists and therefore objective good exists.

Am I alone in thinking this is a not very good debate? Dawkins / Lennox is surely better?

Shermer asks “would you want to live in a world where we all could do what we want to others?” YES! If I was 300 lbs of pure muscle at the top of the food chain!!! Why wouldn’t I according to his view?

Straw man argument: God allows evil therefore there is no God. You read Hichens and Sagen. Suggest you try Aquinas

Bravo Dr.Shermer.Your words are music for my ears.

Sorry, but atheists are always so condescending. Almost every atheist I encounter acts intellectually superior, and just says “scientists say so” as their “proof” of anything. Science is their god, no matter how many times they say they don’t worship any god. Atheist arguments are pathetic at best at the core of it, but yet somehow, theists are made to feel stupid and less-than when we logically think that it is impossible for nothing to create something. Tell me again who believes in fairytales?

Read Captivating by John and Stacy Eldredge, it will show how Adam and eve were actually equal and Jesus stood up for women and elevated their status in a culture that treated as property and made them less equal to man than dogs.
Or read Beautiful Outlaw by John Eldredge which showed how Jesus was a beautiful human that Showed the perfect unconditional love of God and had a sense of humor.

Hugh Ross Canadian Christian Astrophysicist literally can prove that God exists. Read his book. Why the Universe is the way it is. He was a Astrophysicist before a Christian and came to the conclusion that the universe had a beginning so it must have a beginner. So he went to all the religious text of the world to study their creation stories to see which one agreed with science intentionally leaving Christianity for last. But he said while some got 1 or 4 out of 10 only Christianity got 10 out of 10. Thats how he became a Christian

This guy used to be an evangelist? And those are his arguments? Wow

Romans 5: 1-5 is the answer to missing limbs, disease, and evil. No apologies. This is pure logic to grow the intellectual and emotional being.

I love the “God of the gaps” argument, because people trying to disprove supernatural events do the same thing, “I prayed to God, and the cancer went away.” “Naw, that was just some unexplained medical mystery.” Like what? Lol