Embryology in the Quran: Much Ado About Nothing--Hamza Tzortzis Refuted

Repent of your sins and believe on the Lord Jesus Christ, believe in your heart that He has died for sins and rose from the tomb on the third day and let the Holy Spirit within you, and you shall be saved. Amen

Hamza a greek muslim makes money by bullshitting for Islam.

Language is a complicated thing. And so many people have so many different understandings of each word that I am willing to give Hamza Tzortzis the benefit of the doubt that he at least thought he was doing a good translation, even though later evidence showed that his religious zeal was very misplaced.

REMEMBER DR KEITH L.MOORE WAS THE NUMBER 1 EMBRYOLOGIST OF HIS TIME. …YOU MISSIONARIES PROPAGANDA

Muslims never ashamed of their hypocrisy, lies and deception. instead, they would feel proud of themselves! A very opposite quality of God!

This nonsense is nicely deconstructed here: 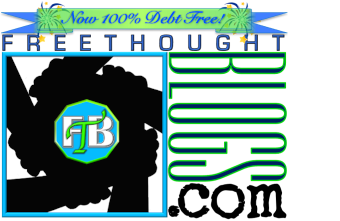 I have read the entirety of Hamza Andreas Tzortzis’ paper, Embryology in the Qur’an: A scientific-linguistic analysis of chapter 23: With responses to historical, scientific & popul…

This is the video response to those false onesided claims being made by CaptainDisguise /watch?v=SllZ3IM0T2Y&list=SPC6857425D1F4B4A4&index=6

Much less than expected from a ‘senior researcher’ - time to demote him or else give up all claim to be taken seriously.

And, you, Rev! ABN is a hope for all of us that Muslims can hear the truth about the sinless Christ, and the unrepentant reprobate, Muhammad.

You can also watch it during the live broadcast at ABNSAT·com, where you can also subscribe to an email newsletter with program updates. Rob’t Spencer will host his program tomorrow evening (Oct 30), 6:30 - 8 p.m. DST. Their site page usually has a schedule of current programs, also, and link to their archived videos.

Sam and Dave now have a weekly show on ABN, as does pastor Joseph. Hopefully, enough responded to their financial needs to keep them going. I received a snail mail from them, indicating they’re even beginning other new programming.

You’re still a hero! All apostates of Islam are heroes because it has to be the toughest belief system on this flat earth from which to emerge.

So you’re saying that Muslims have B.S. degrees (and I don’t mean Bachelor of Science)? That would explain a lot. LOL!

Bones are created first, then clothed in flesh? Odd, I learned that both develop simultaneously from the Mesoderm layer, but maybe your Allah skipped that day of the class.

Does it hurt to be as stupid as you are?

Was there an orchid field nearby so the disciples would know that reference point?

Yes, that was the law of the leper, and a foreshadow of the necessity of blood to cleanse people. Many things in the OT point to the NT incarnation of the holy God, Jesus the Christ, and His perfect atonement for those who accept him. We don’t have to go to hell to pay for our sin debt as you Muslims do. Our God has the power of forgiveness. Too bad about yours.