According to Muhammad, Allah wants human beings to sin so that he can show us mercy. Islam even teaches that, if human beings refuse to sin, Allah will wipe us out and replace us with people who will sin. But if Allah would destroy us for not sinning, then we’re only here right now because we sinned. Why did we sin? The Qur’an teaches that we sinned because Satan (Iblis) tempted us. This means, of course, that we’re only alive because Satan tempted us to sin. Satan therefore turns out to be our secret savior in Islamic theology.

keep up the great work!

I wonder…Is there a debate in where a Muslim and a Satanist? Would they agree on a lot of theological views?

The ignorance on this video is on a another level

Something strange is happening. Islamic Relief keeps advertising on this channel and Apostate Prophet.

master of deceivers allah aka satan

What a crock of shit

What kind of god wants you to sin but unless satan is their god!
What kind of father wants their child to steal kill and etc
Jesus the son of god is the only one that will save your soul he is a god full of glory and power when I pray and open to him my lips burn with fire my mind is clear of all worldly desires and my spirit is light with freedom and delight in his presence! I have seen a boys leg get healed and miracles happen every day in my life I can’t wait for the day I will be reunited with Christ!
Christ doesn’t care about the mistakes you have made all he wants is for you to see the truth but satan has deceived many!
Try to pray to Christ and see for yourself he truly is the only god the most amazing father
He doesn’t want you to sin he wants relationship with us his children and when we make mistakes he loves us anyway when we repent he forgives
But what is the greatest thing is he will reveal to you spiritual things and impart wisdom with you if you seek him if you desire truth and righteousness

You quoted satan makes promises and creates falls desires and deceptions and Allah said satan who is devolt enemy to all humans how is he a hero?

the Adam and Eve story was stolen from the Bible

To know a foreign language you must learn it first. Listen and speak. To know a religion study it first. Read and understand. Never mock a religion.

Why are you blaming Islam for everything. Without reading the Holy Quran how can you even fathom to misguide people and invite them to hate Islam. How can a religion which is based on one of the 5 pillars out of which giving compulsory charity to the poor be made fun of in the most inhumane way. Why dont you guys have the guts to talk about illuminate and their devil worshipping cult coz u guys are actually paid by them to spread hatred. When Allah created Adam and blew His soul into him Allah told all the angels and Iblees to bow before Adam ( iblis who was once Allahs obedient creation coz He worshipped Allah for years and a jinn made of fire) upon which iblis refused because he thought egoistically that hes better than Adam. Iblis’s refusal to bow before Adam was the reason he was asked to leave …upon which iblis made a request to Allah to grant him respite till the day of judgement so that he could mislead the humans to hell… who were his very reason of strife between God and him. He was granted respite but God told him that God’s true followers will never follow iblis’s path. Due to this Allah sent down four books to protect man. Torah given to prophet Musa(Moses) Injeel to prophet Isa (Jesus), Zabur to prophet Daud(David )and the Holy Quran to prophet Mohammad (p.b.u.h). Ever wondered why they were sent down …one upon the other and why Holy Quran was the last book of guidance…Now the first four books had all the messages from Allah which is worship one God. Your Lord is one. People tampered it and changed it through satans temptation…the very promise he made to God to mislead people. Then Allah made a promise that the last Holy Book, the Quran sent to guide man will remain umtampered with. (Ever wondered why satan exists in every religion.) His job is to make people stray away from the true path of Islam. If any body who has no idea of what they are talking about is requested to read the English translation of the Holy Quran. In no way does it make fun, degrade or even humiliate anyone. Its based on the basis of equality where the first man named Hazrat Bilal gave the Azaan( call to prayer ) was a black. After all this explanation if people still remute to degrade Islam then get this your just a target of satan. A religion where Friday prayers are supposed to be prayed shoulder to shoulder just to show that whether its a CEO of a company, a teacher, gardener or a janitor… everyone is equal before God. What a beautiful religion which believes that “heaven lies under the feet of a mother” - that by taking care of your mother and treating her with utmost respect , care and love takes you to paradise. A mother is your destination to heaven and a father is your gateway to heaven. Honour thy parents. Im proud to be a Muslim. Alhamdullilah❤

Amen!
Thank you Sam and Dave. 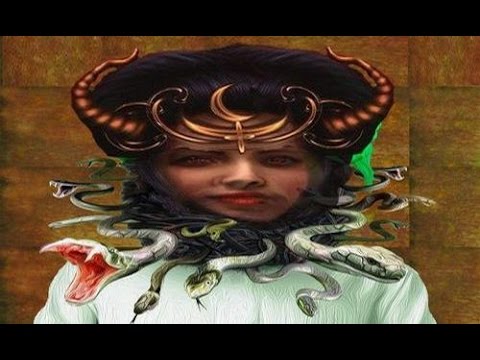 Never seen someone more ignorant then this two, you people need to read more about the origin of all monoteist religions and will see that all religion preach the same thing wich is to warship only God as one without equals to him. The profet muhammed origin is from ismael profet son od Abraham profet so why is so dificult accept him as a profet?!!
The first word of the holly quran Iqra = read …
You need to read more about religion and islam.

Can you please research if moo-hamaD had a Jewish encectory? There are connecting dot to this. Also as illiterate he received his knowledge of the Torah from the Jews and written in Hebrew. He married a Jewish wife. He tried to teach it to pagan but they forced him to combine their gods. I’m just wondering. Can you make a video on that?

islam is so evil and deceptive, man I can’t believe so many people have been fooled by this disgusting ideology. I feel bad for our muslim borthers and sisters may we pray they’ll be saved. You’d think the disgusting and horrific man muhammed was would prove how much of a false prophet and evil man he really was but this video proves it more. God bless you all and may you accept Jesus Christ as your Lord and Savior!