Islam and Pagan Rituals: The Pilgrimage to Mecca (Hajj)

What is the Hajj? Prior to Islam, the Hajj was a pagan ritual, in which the pagans of Arabia would take a pilgrimage to Mecca in order to worship at the Kaaba. While there, they would walk around the Kaaba seven times (to show respect for their seven planetary deities). Now the Hajj is one of the Five Pillars of Islam.

Even the pagans thought Islam was primitive

Hajj of Saint Paul After the conversion of Saint Paul, Umrah went to Arabia for Hajj. Saint Paul said: ἀνῆλθον εἰς Ἱεροσόλυμα ἀποστόλους, ἀπῆλθον εἰς Ἀραβίαν, πάλιν ὑπέστρεψα Translation: When God called me, I did not consult with any man, nor did I go to Jerusalem to meet the apostles before me, but soon I arrived in the land of Arabia, the Bible, Galatians 1:16. After receiving the call of God, people go on pilgrimage.After receiving the call of God, people go on pilgrimage. It is not said without delay, there is no crow. Perhaps Saint Paul went on a hasty pilgrimage to prove his acceptance to Jesus’ disciples, Palestinian Christians and Jews, and to purify his heart. Because the custom of purifying oneself and changing one’s heart by performing Hajj was also among the Jews. প্রমাণ Evidence of Islamic Ibadat Hajj in the words of Jesus: - "John 4:21 21 Jesus said to her, ‘Woman, believe me! The time will come when you will not worship God the Father on this mountain, nor in Jerusalem. " Here Jesus is referring to the Hajj in Makkah. � There are also hadiths in Sahih Bukhari in support of the Hajj of Christians in Makkah. According to Sahih Bukhari, there was a picture of Maryam AH in the Kaaba {Bukhari: 3351}.Following the footsteps of Saint Paul, Christians also performed Hajj at the Kaaba in the pre-Islamic era. Non-Muslim historians have also mentioned the Hajj of Christians to the Kaaba Marshall G. S. Hodgson’s book, The Venture of Islam: Conscience and History in a World Civilization, describes Mecca in the pre-Islamic era. It seems that even Christian Arabs made pilgrimage to the Kabah, at that time, honoring Allah there as God the Creator That is, even the Arab Christians of that time used to perform Hajj in the Kaaba by worshiping Allah as the Creator. {Source: - Marshall G. S. Hodgson, The Venture of Islam: Conscience and History in a World Civilization {Vol 1} University of Chicago Press, p 156

Do one about the paganism within western Christianity next

My theory on why Muhammad kissed the stone is because in 605 AD Muhammad was given the honour of placing the black stone on the Kaaba by the elders or tribe leaders of Mecca. This was a great honour and meant allot to Muhammad. When he invaded Mecca in 630 AD he destroyed 360 Idols around the Kaaba as well as the idol of Hubal but he kept the black stone that was dear to him as he was honoured with placing it on the Kaaba 25 earlier.

That’s why he kissed it. and so did his BFF Abu Baker who said “I know you’re just a stone and can do no bad nor good but Muhammad kissed you so I guess I will too”. Muhammad said “the black stone can erase your sins” and on judgement day it will have eyes and a mouth and will judge you… now if that isn’t pagan then nothing is.

They made Maca that time to boost the Arab economy.

Islam is an Arab religious .

In addition to that Modern Science tells us that the Kaaba is the Center of the Earth associated with the Golden ratio, our body receives negative charges due to the environment and this negative charges can be removed (acc to Scienctists) by putting your head towards the direction of the Kaaba, because since it is the Center of Earth it is the place were the pull of gravity is in it’s full level.

I see two liars, the pagans did use the kaaba but the Muslims were the first to use the Kaaba as House of worship and then paganistic spreads and Prophet Muhammad PBUH restores the original purpose of the Kaaba, the Kaaba is a House of prayer and it is not an IDOL, we Muslims pray outside the Kaaba because we will not fit all in all inside the Kaaba, just like Christians praying outside a Church but that doesn’t mean that Christians are worshipping the Church building similar to us muslims praying outside the kaaba

Abrahamic religions all have pagan traditions

Your ignorance is amusing!!

Islam is a pagan religion just as is Christianity. 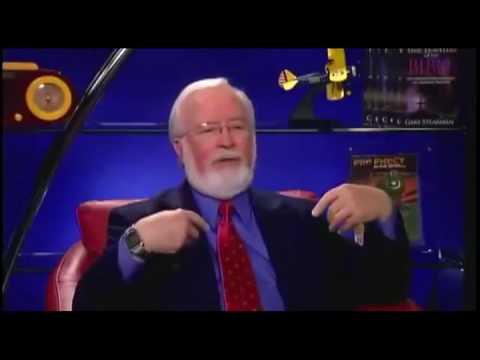 A man who wasted his 20 years of his life lol

Islam is a cocktail religion.

Nothing different than Christianity

You know, I was a Muslim but now I want to worship the Egyptian gods, was it us of Islam? Yes. But it was also due to Christianity. Dumb ass. You guys litterally say amen at the end of all your prayers, you don’t even realise you are saying the name of an Egyptian god evreytime you contact yours.