Here’s a short video discussing the treatment of war captives in Islam’s most trusted sources. The passages cited are Qur’an 4:24 and Sunan Abu Dawud 2150, which read as follows:

Sunan Abu Dawud 2150—The Apostle of Allah sent a military expedition to Awtas on the occasion of the battle of Hunain. They met their enemy and fought with them. They defeated them and took them captives. Some of the Companions of the Apostle of Allah were reluctant to have intercourse with the female captives in the presence of their husbands who were unbelievers. So Allah, the Exalted, sent down the Qur’anic verse: “And all married women (are forbidden) unto you save those (captives) whom your right hands possess.” That is to say, they are lawful for them when they complete their waiting period.

Mad how young they look

The verse you are referencing to, you are not reading the whole verse . The verse goes on to explain that both parties must agree to marry and that they must be payed their dowries (mahar) .

Man made Geneva Convention on Treatment of Prisoners of War it’s more humane compare to Islam.

Deuteronomy 20–21, 10 When you go to war against your enemies and the Lord your God delivers them into your hands and you take captives, 11 if you notice among the captives a beautiful woman and are attracted to her, you may take her as your wife. 12 Bring her into your home and have her shave her head, trim her nails 13 and put aside the clothes she was wearing when captured. After she has lived in your house and mourned her father and mother for a full month, then you may go to her and be her husband and she shall be your wife. 14 If you are not pleased with her, let her go wherever she wishes. You must not sell her or treat her as a slave, since you have dishonored her.

“10 When you march up to attack a city, make its people an offer of peace. 11 If they accept and open their gates, all the people in it shall be subject to forced labor and shall work for you. 12 If they refuse to make peace and they engage you in battle, lay siege to that city. 13 When the LORD your God delivers it into your hand, put to the sword all the men in it*. 14 As for the women, the children, the livestock and everything else in the city, you may take these as plunder for yourselves. And you may use the plunder the LORD your God gives you from your enemies. 15 *This is how you are to treat all the cities that are at a distance from you and do not belong to the nations nearby.”

Fuck Saudi Arabia and Salafistes… Those people are not Muslims, they are the total opposite. Plus, beware of Quran translations you use …

they are VERY VERY different from one to an other.

[4.19] O you who believe! it is not lawful for you that you should take women as heritage against (their) will, and do not straiten them in order that you may take part of what you have given them, unless they are guilty of manifest indecency, and treat them kindly; then if you hate them, it may be that you dislike a thing while Allah has placed abundant good in it.

[4.25] And whoever among you has not within his power ampleness of means to marry free believing women, then (he may marry) of those whom your right hands possess from among your believing maidens; and Allah knows best your faith: you are (sprung) the one from the other; so marry them with the permission of their masters, and give them their dowries justly, they being chaste, not fornicating, nor receiving paramours; and when they are taken in marriage, then if they are guilty of indecency, they shall suffer half the punishment which is (inflicted) upon free women. This is for him among you who fears falling into evil; and that you abstain is better for you, and Allah is Forgiving, Merciful.

You see how these man are ignorant they don’t wanna accept the fact Islam is growing in western countries people are converting accepting the truth and the lies of Christianity are finally being exposed !

Not sure if david responds to older videos but went to the sunan abu dawud verse and found that individuals(who i assume to be muslim) claim that the arabic of the passage does not contain the phrase “in the presence of their husbands” i dont speak the language and dont know how i would go about contesting that ?

what about raping goats?

FOR THOSE MUSLIMS WHO THINKS THAT DAVID and SAM are not using authentic hadiths… HERE IS THE SOUCES OF ISLAMIC RAPE… Sunan Abi Dawood 2155 — Amrayn , Quran 4:24 Read more Below…

Also (forbidden are) women already married, EXCEPT those (captives and slaves) whom your right hands possess. Thus has Allah ordained for you. All others are lawful, provided you seek (them in marriage) with Mahr (bridal money given by the husband to his wife at the time of marriage) from your property, desiring chastity, not committing illegal sexual intercourse, so with those of whom you have enjoyed sexual relations, give them their Mahr as prescribed; but if after a Mahr is prescribed, you agree mutually (to give more), there is no sin on you. Surely, Allah is Ever All­Knowing, All­Wise.
Quran 4:24…

=====
Abu Sa’id Al Khudri said “The Apostle of Allaah(Peace be upon him) sent a military expedition to Awtas on the occasion of the battle of Hunain. They met their enemy and fought with them. They defeated them and took them captives. Some of the Companions of Apostle of Allaah(Peace be upon him) were reluctant to have intercourse with the female captives in the presence of their husbands who were unbelievers. So, Allaah the exalted sent down the Qur’anic verse “And all married women (are forbidden) unto you save those (captives) whom your right hand posses.” This is to say they are lawful for them when they complete their waiting period. 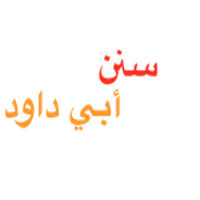 Read Sunan Abi Dawood 2155 (abudawood 2155) from Book of Marriage (Kitab Al-Nikah) in English and Arabic, bookmark it or add it to your collections.

Actually Islam only permits marrying a female slave by mutual consent. Prostitution of a sort - but the meaning of the verses seem to be twisted to suit theses haters.

For those who think that Islam allowed raping of captives just check on sura En-Nure (32-32) .Allah in Kuran says who makes a sin ,for Allah to forgive him he should free slaves.Ebu Bakr(r.a)spent a lot of money to set slaves free.I’m asking you a question what did Salahuddin Al Ayubi when he liberate the Jerusalem? Did he rape any girl or he killed anyone ? He let 70 thousand christian free.That’t what Islam is.

u’re thick if u blieve these idiots! these idiots have got time to turn something straight forward into such a stupid thing and find loop holes in it! they just wanna spread hate for muslims! its the only way they can get views! just like the rest of the media- its funny how the whole world is against islam but still the fastest growing religion and still cannot be destroyed- shows how powerful it is!