Sami Zaatari vs. David Wood: Is Muhammad a Good Role Model for Society? 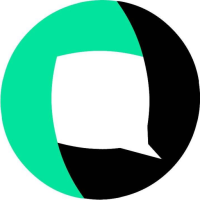 The Qur’an presents Muhammad as the ideal role model (33:21). Yet critics are quick to point out many aspects of Muhammad’s life that virtually no one believes should be imitated in modern society. Who’s right? Sami Zaatari and David Wood debate the evidence at Henry Ford Community College in Dearborn, Michigan.

Sami is telling us what Muhammad instructed his followers to do and they probably did as told but as we know, Muhammad never kept his own rules and was known to flagrantly flout any rule that didn’t conform to his his desires like marrying more than 4 wives, giving himself the fifth of the looted booty, sleeping with women without paying dowry etc. Since the debate is about Muhammad’s morality, he should have been quoting his deeds not his sayings.

I can tell that the women at 33:12 was probably hearing all this for the first time and was shocked. I feel for those who have been lied to for so long and have invested their life and love to something that they ultimately would be appalled by if they knew the truth. It will hurt but joy comes with the truth of the lord Jesus christ also that you can be saved despite your short comings.

Islam is a curse indeed to mankind…

David was too forgiving of Mohammed

building a strong foundation with drunks and fornicators lol

There, you see? Sami thinks that the western penal system is too soft!

Am I the only one who thought the muslim guy sounded like Apostate Prophet?

Lol we need a camera on the audience

Sometimes I don’t understand why I believed in Islam…I was so naive.

Look like David was fully prepared for this show.

It becomes just boring. Dr. Wood dismantling a Muslim apologist, who repeats the same stupid things on and on.

zakat is only for poor muslims, not surprisingly sami didn’t mention it

If the topic was “is Christ a good role model for society”, this debate might have been a staring contest.