Nabeel Qureshi was raised in the Ahmadiyya sect of Islam. He attended a Sunni mosque, prayed the required daily prayers, and fasted during the month of Ramadan. Eventually, Nabeel left Islam and became a Christian. Many Muslim apologists now tell their fellow Muslims to dismiss Nabeel’s arguments and claims because he “wasn’t really a Muslim.” Is this correct? In this video, David Wood answers three questions:

For more on Nabeel Qureshi, watch these videos: 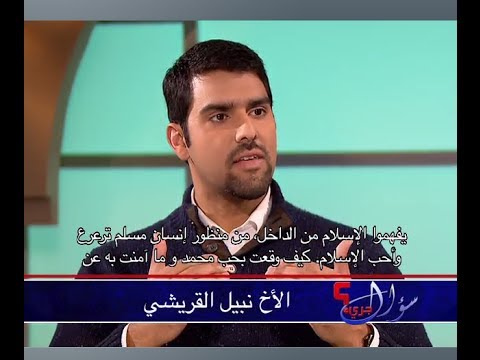 “Nabeel Qureshi: Islam Through the Eyes of Muslims”: “Nabeel Qureshi: Jesus in Islam vs. Jesus in Christianity”: “Nabeel Qureshi: The Text of the Qur’an”: It’s really sad to the Muslims that saying this have very bad research. Like literally go and hear this man testimony or people that literally with him and check off the list to see in core values what he believes in Islam. Not all Muslims believe the same, not all Christians believe the same, but in core beliefs if we go and hear this person and check off the list….yea this person follows that faith to the T. Bad research every time

It sounds more like Catholics vs Protestants than it does Christians vs Mormons lol. They’ll say anything to avoid admitting a Muslim willingly left Islam.

When was he in college this Guy is a fraud.

I love you both. I enjoy your story​:grin:

Actually every muslim when presented with evidence does believe in everything that prophet pbuh said. The main problem is that most muslims donot have the knowledge that prophet pbuh have said it. We might do something against what he has said but we will believe it to be wrong. If someone knowingly disregards the teaching of prophet pbuh and calls it wrong then he is not a muslim ,it doesn’t matter if he is sunni,shia or ahmediya. Ahmediya belief in itself disregards a lot of teachings of prophet pbuh.

Everyone is free to accept the religion he likes but should speak truth.according to our faith ahmedi is not a Muslim

Do muslims need your advise in our faith and religious matters?? Shut your mouth you hate monger

But I need to clear something from this video… We Seventh-day Adventist do not believe in the interpretation of Sister White alone. We have pioneers and not just a single founder

Anyone curios, may watch the video “Tell the World” (a short historical movie of Seventh-Day Adventist)

Muslims really trying to say that no Muslim ever change religion🥺
But according to Islam all non Muslims were Muslims before. So billions of non Muslims are ex Muslims🤣

Nabeel Querishi was a Muslim who could think.

Looks like he learnt about Islam from enemy translations, including the enemy within. The same thing happened within early Christianity. The believers formed the 1st church (original Christians - Jewish followers of Jesus led by James, Jesus’s brother, see Book of James).

Paul infiltrated the church, kicked out the real believers and changed the church’s teachings.

If the Gospel reached us via the Way of James (rather than the Way of Paul), it would not be the Christianity we know of today. The real/original teachings of Christianity is now Islam.

If a Muslim is anyone who believes there is only one God whom is Allah. Then since the Qur’an says Allah is the god of Abraham then according to that definition Jews and Christians are Muslims too.