Zakir Naik Proves That Allah Is a Mouse! (Song of Solomon 5:16) 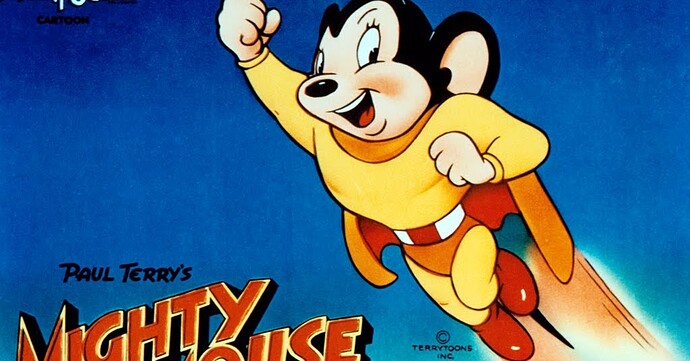 Zakir Naik Proves That Allah Is a Mouse! (Based on Song of Solomon 5:16)

Popular Muslim speaker Dr. Zakir Naik claims that Muhammad's name can be found in Song of Solomon 5:16, which reads: "His mouth is full of...

Popular Muslim speaker Dr. Zakir Naik claims that Muhammad’s name can be found in Song of Solomon 5:16, which reads: “His mouth is full of sweetness. And he is wholly desirable. This is my beloved and this is my friend, O daughters of Jerusalem.” According to Zakir Naik, since the Hebrew word translated as “wholly desirable” (machmadim) sounds like “Muhammad,” the word should actually be translated as “Muhammad.” Yet if we follow Naik’s reasoning, we must conclude that since the Hebrew word for mouse is “akbar,” we should translate “Allahu Akbar” as “Allah is a mouse”! Why aren’t Muslims embarrassed that their top apologists are using such silly reasoning?

Astagfirullah it may Allah guide you it is not a mouse it is a Most,you are just comparing it into it.
Jesus never said worship me.Allah said in surah Taha and other verses that worship him.

I have one warning for Zakir Naik and others like him. Remember how your mentor, Ahmad Deedat died. He suffered a serious stroke that made him unable to speak and before death, he looked terrified and in agony. This happened not long after he attempted to mock Christ and the Scriptures. Do any of you Muslim belligerents want to be struck in a similar way or worse by God?

Mohamed, Reese’s pieces be upon him, hates God and loves sin and wrote a book and deceived his followers to do the same and still get paradise.

I have still friends who is blind and belive that Mohamed is still in the bible , ignorance of the people!

Someone feed allah some cheese

thank you Jesus for this laughter

Is he saying that allah has a male beloved? Hahaha Is not not a punishable offence in Islam than I don’t know what is lol

I know YHWH called Israel his bride. But thats a nation and jot a male lol

OMG … These brainless people are having a faith on a Mouse.

Hebrew word may be whatever u said brother, but allahuakbar means Allah is the greatest u cannot change it,and all the videos u make against zakir naik is pointless,Zakir naik is a good person atleast he doesn’t use such bad words for others or their God

So Allah is pet of Ganesha

Faker Naik is such a joke. It’s just hilarious listening to him. I barely understand anything about Hebrew grammar and history, but even I know that “Elohim” is the many-plural version of “Eloi” - “im” is not added to the end of “Eloh” to denote respect, rather the proper noun conjugates into a different form. And that’s just the beginning of the logical problems with Faker Naik’s nonsensical argument. Dr. David Wood and Sam Shamoun do a terrific job of breaking this BS down into its constituent parts, and then roundly mocking the Izzlamist idiots who make this argument.

I wonder if Zakir Naik just puts words together that he knows are not true, which would make him a horrific liar… or does he put them together like that on accident, which would just make him incredibly stupid or misled.